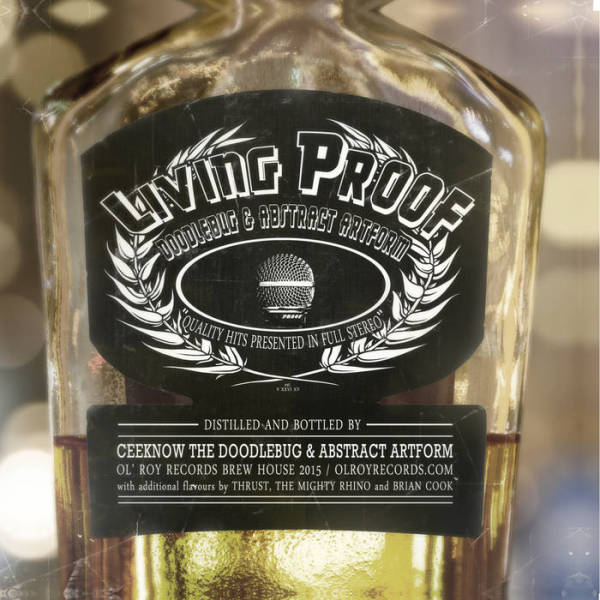 Abstract Artform is an award-winning rapper/producer from Winnipeg who has released four solo full-length projects and worked with some of Canada’s and America’s greatest emcees, including Cee Know the Doodlebug of Digable Planets notoriety. Doodlebug’s iconic career has seen success on a major label, included performances on late night talk shows and the Soul Train Music Awards, and even won a Grammy in 1994.

Together, “back porch” rapper Abstract Artform and the smooth jazz-inspired Doodlebug have dropped Living Proof, a project that forced them to step outside of their comfort zones and forge new ground together. Two distinctly different styles of rapping come together in this album heavily influenced by progressive rock.