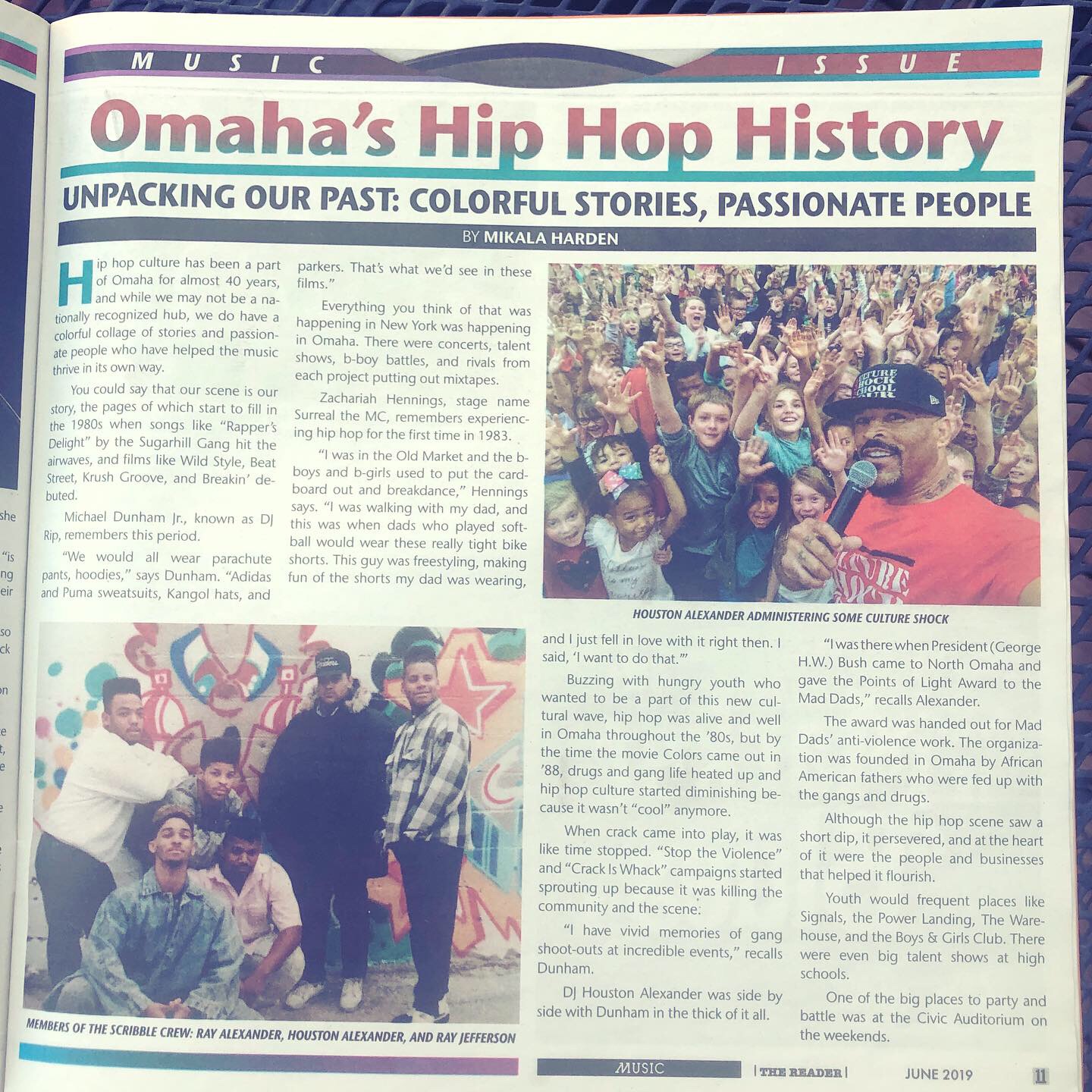 I wrote a piece about Omaha’s hip hop history in this month’s issue of The Reader, out now at a paper stand near you.

This is something that I’ve been working on and researching for months and in many ways is a culmination of a bunch of different pieces of my life. I love The Reader and have been a contributor in the past, but this one stands out for me.

In 2013, I launched this blog promoting underground/independent hip hop, which quickly grew Midwestern roots when I realized I could step in to help give these artists a pedestal (however small) and fulfill a personal passion.

I’ve loved hip hop for as long as I can remember. I was rapping Left Eye’s verses at age 10. Writing lyrics soon after. Notebooks on notebooks. Sampling instrumentals on Magix Music Maker (the shitty version of Fruity Loops) and making my own beats. Immersing myself in my headphones, digital studio, and guitar. Recording EPs in my bathroom (that natural echo, yo) and sending physical copies to friends I made in MySpace music forums. Launching a content studio in ’14 (@sayheytherellc) named after a song written by my favorite rap duo (Atmosphere), paying homage to independence. Organizing the Hip Hop for Peace rally in 2015. Helping to represent the hip hop artists by serving on the board of the Omaha Entertainment and Arts Awards.

I’m a writer at heart, but as cathartic it is to write my life down, I’m not a performer. I thrive at writing and telling stories and just vibing music.

Writing this article was meant to be, and I’m beyond honored to dig into our city’s history and share what I’ve found so that it doesn’t disappear with time.

My infinite gratitude goes out to The Reader for the story and to Houston Alexander, Michael Dunham, Jr., and Zachariah Hennings for kicking it with me and making me feel really good and proud about the end result. It’s in ink now, boys.

The takeaway is that hip hop has been a part of Omaha since the beginning, and there’s always been a rich, colorful history. But you’ll have to read the article for yourself.