“Working with band members JeVon Mickles and Anthony Flakus helped give this album the identity it has,” Crum tells us, who has been working with his bandmates on Black Sheep for a year and a half.

“No way would I have been able to create this project without them.”

Paramount to the introspective style we’ve come to expect from J Crum, Black Sheep explores real-life lyrical storytelling. The album opens with the high-energy “Anti-Establishment,” and rightfully so. The song sets the tone for a recurring theme heard throughout the rest of the album: a reflective J Crum struggling to find his place and looking to embrace himself with help from faith in a higher power.

The song sets the tone for a recurring theme heard throughout the rest of the album: a reflective J Crum struggling to find his place and looking to embrace himself with help from faith in a higher power. 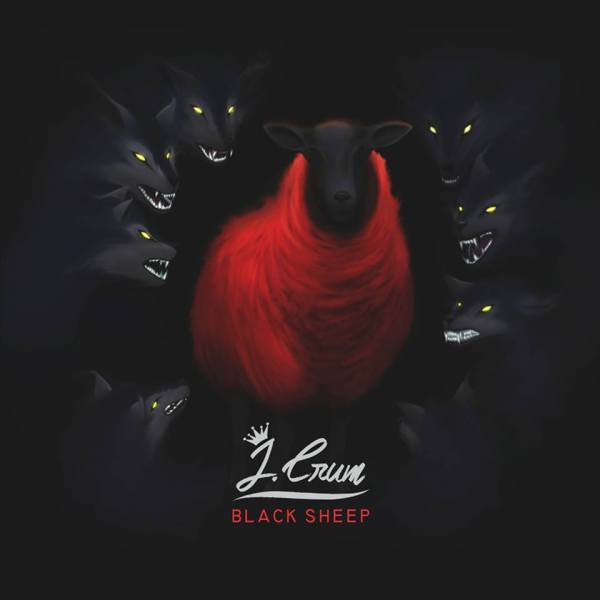 Weaved throughout the album, the listener will discover a stew of different styles that complement each other, from the R&B-in “radiate” to the heavy bass in “Everybody Talks” to the jazzy “Figure 4,” offering something for every taste. Still, the underlying message prevails: be yourself and ignore anyone who tries to convince you otherwise.

J Crum’s rapping style is often reminiscent of Twista and his speed-rapping game circa “Celebrity Overnight,” and we’re introduced to a harder, more impassioned style than we have heard from the rapper in the past.

One thing is for certain: over the last couple of years, J Crum has transcended the Christian rap sub-genre to be considered among the ranks of Omaha’s best hip hop artists, and this album coupled with his notoriously energetic performances with his live band will only help his recognition spread. We can’t wait to witness the next evolution of his work.

Check out our Say Hey There Picks below, tell us what your favorite track is in the comments, and catch J Crum at the Music For A Mission Festival on April 16 at Glad Tidings Church.

“I’m Winning”
There are a lot of elements that we love, including the 90s alternative rock inspired guitar chords, ska-punk like buildup, synth pop chorus, and rise-above-the-haters lyrics central to the album’s message.

“Frailty” (Just a Man)
The melody on this song is everything thanks to Jarron Taylor lending his gospel pipes to the chorus. One of the more vulnerable tracks on this album, it shows the humbled side of J Crum who admits his life is at the mercy of his God.

“It’s Possible”
The feature from Read B. Verses is a force to be reckoned with.

“Not for Sale”
Yes! Take our word for it, you just have to listen. Long story short: if you wanted to sign J Crum, twist his message for mass appeal, or otherwise sell him out, you’d probably fail. The man is committed. (Shoutout to independent word workers everywhere.)

“Mercy”
One of our favorite songs, “Mercy” (video above) is a nod to his near-death experience and what that could be for others and succumbing to the compassion of a higher power when something bad that’s supposed to happen…doesn’t.

Stream a Preview of Black Sheep