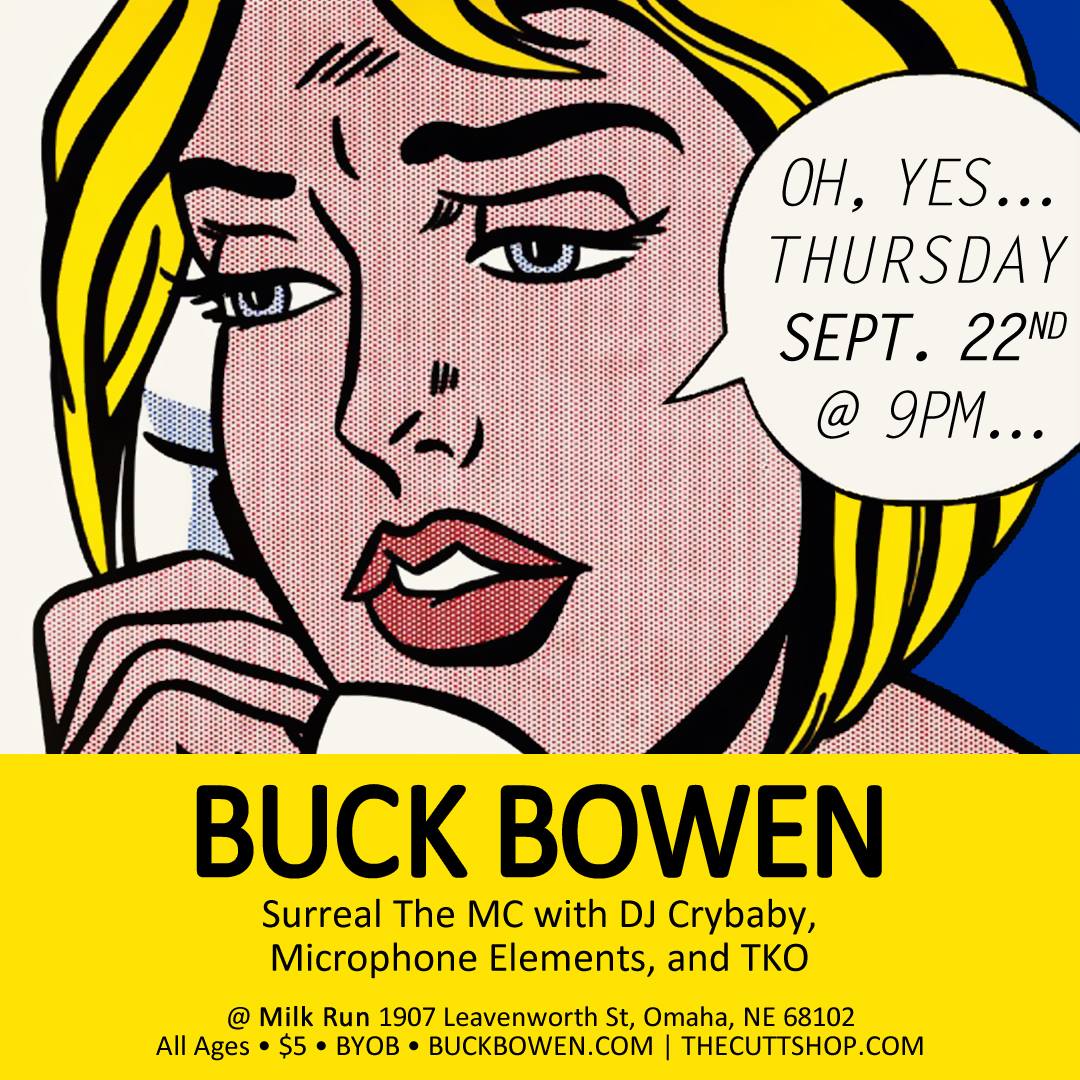 We caught up with the one and only Buck Bowen to chat about his triumphant return to Omaha on Thursday. He’s teaming up with TKO, Surreal the MC, and others to fill the intimate Milk Run space with “high energy and positive vibes.”

Don’t miss your chance to catch Buck Bowen and friends making party this thirsty Thursday. And don’t forget to BYOB.

Say Hey There: You’ve come back to Nebraska a couple times recently to play shows. Do you miss us?
Buck Bowen: I miss the sweater weather, or sweather, but other than that I really enjoy the obscurity and limitlessness SoCal provides. Me and Omaha are on good terms though.

SHT: What made you decide to team up with TKO, who you haven’t met before?
BB: Surreal the MC recommended him and I trust his judgment.

SHT: How did you hear about the Milk Run?
BB: After literally pretty much basically contacting every venue about a show and getting nowhere, I caught word through a windy whisper from Brent Walstrom.

SHT: What songs can people expect to hear? Any old school gems or promoting only new material?
BB: I think I’m performing about zero old school songs. It’s hard to relate to them nowadays. Oh wait! Actually I’m performing a track with The Wolfman and Surreal!

SHT: You haven’t cursed in a song in four years until now. Why the hiatus? Why abandon it now? What’s the curse word of choice?
BB: When I started music again in 2012 I wanted my songs to be as accessible as possible, not relying on radio edits. I also did it for the intellectual challenge. But man, an expletive at the right time with proper emphasis feels so rewarding. Oh, and that word was the “F” bomb, and no I’m not talking about “feminism.”

But man, an expletive at the right time with proper emphasis feels so rewarding. 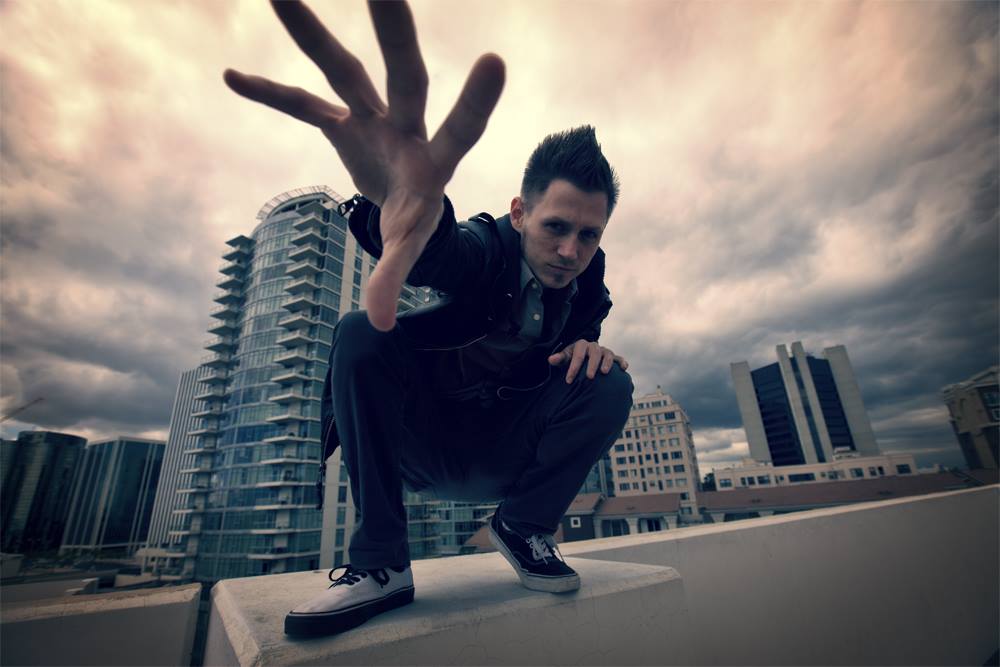 SHT: You are outspoken about your beliefs, some of which people could find controversial, and you say your friends sometimes criticize your “thinky rap” music by saying things like “Only 1 out of 10 songs should make me think. The rest should make me happy.” How do you respond to them?
BB: I struggled with this for years because I felt that this meant I’d have to change my music in order to be successful. Then I realized that Immortal Technique, Tech N9ne, and Necro have cult followings with music crazier than mine. So my response is, “I appreciate the feedback.” And I genuinely mean that because it makes me reevaluate my priorities and vision and helps ground me or change for the better. But usually I just go cry in a dark musty corner and collect my tears — for sale at my next show.

SHT: Why is it important for you to make conscious/intellectual rap?
BB: It’s the only style of music that allows me to feel pretentious and superior, which does well for the ego. Party rap is basic. My end goal is to engage people. This type of music permits me to resonate an emotion, prompt thought, and generate conversation.

SHT: What is the difference between making music in 2006 vs today?
BB: Ten years ago my goal was to be recognized and respected as a true hip hop artist, whatever the hell that means. I wrote layered punchlines and 1994-influenced east New York beats with the intention of garnering praise from rappers and producers like Lord Finesse, Diamond D, and Showbiz and AG. Nowadays I couldn’t care less about hip hop, whatever the hell that means. I’m more concerned with writing a vivid narrative that transports the listener through a range of emotions and thoughts. I suppose ultimately the difference is that I shifted my focus from “me” to “we.” And by that I mean from “what can I get” to “what can I give?”

I’m more concerned with writing a vivid narrative that transports the listener through a range of emotions and thoughts.