If you love Omaha hip hop, then you know Op2mus and his alter ego Marcey Yates. Meet with him, and Yates will be an open book about almost everything except his real name, and he likes it that way. He’s creating a brand for himself that mixes raw talent with consistent production and a heavy pour of charisma. And true to the swagger that accompanies Yates on and off the stage, he knows that the music he’s making is good. Yates wraps everything from concepting to production to writing around his little finger, and we recently sat down with him to dig behind the scenes and learn a little more about the man behind and in front of the curtain.

Say Hey There: If you could sum up your Wikipedia bio in one minute, what would you say? 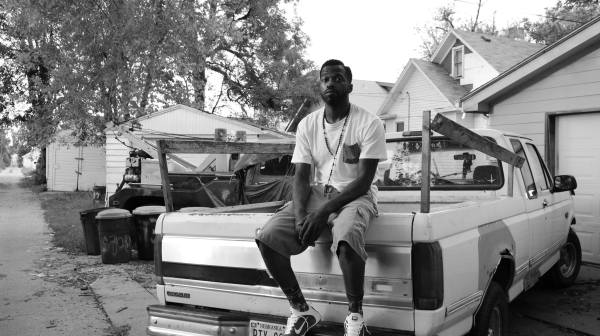 Yates:  It would say that Marcey Yates is an Omaha native. American-born. It would say “also known as Op2mus,” and it’d probably give my government name, but I’m not going to say it right now (laughs). It would say Marcey Yates is beginning to pave the way for a lot of positive music and change the face of the hip hop scene from what it was known to be like the past ten, fifteen years.

I was the first to do a few things. I was the first hip hop act to appear on the The Morning Blend. I haven’t seen any other hip hop artist write-ups in Omaha Magazine. But what I think I’ve had a part in doing is shaping the image of hip hop.

Say Hey There: Into a more positive image?

Yates: Yeah. And in this circuit of network we’re in, there’s not a lot of hip hop artists getting heard, but there’s a lot in this city. They’re not in the circuit which has the resources, the media outlets, to help you get promotion.  A lot of that has to do with likability, your image, the content of your music.  What separates me from a lot of the Northside emcees is my content.

Say Hey There: I read somewhere that you used to go by “Op2mus” but now you prefer “Marcey Yates” and you’re phasing “Op2mus” out. Is that true?

Yates:  No, it’s kind of like Madlib and Quasimoto. I always thought that was cool. A lot of rappers got alter egos. Marcey Yates is flashy, fresh, but at the same time he’s the corporate dude who’s playing the game. Op2mus was the guy who had been there from the start, the dude behind the scenes.

Marcey Yates is flashy, fresh, but at the same time he’s the corporate dude who’s playing the game. Op2mus was the guy who had been there from the start, the dude behind the scenes.

Say Hey There: Okay so, Eminem is Eminem, but he’s also Slim Shady. He’s also Marshall Mathers. Eminem is the source of it all and Slim Shady is the alter ego. I know you won’t give up your birth name, but between Op2mus and Marcey Yates, who is your root personality? 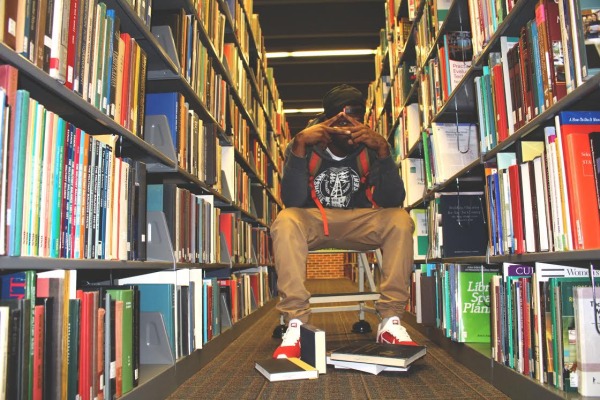 Say Hey There: Tell us about how you got into making music.

Yates: When I started to actually start composing music, I was probably like 20. I wasn’t even thinking about being a rapper, my brother was a rapper. I was going through a lot of different software and hardware, and this is what I was spending my refund check on when I was going to UNO — investing in equipment. So I was sitting with this studio setup.

I was supposed to have gone out to Arizona to go out to that conservatory to work on the engineering aspect of mixing and really learning the science, but I didn’t take care of something right on my end here before I left so I had to push my start date back and I spent another 3 years at UNO. The music program there was so slow and they were so focused on analog, and this is the digital age, you know? I’m like, I need to do this now, I’m outta here.

The music program there was so slow and they were so focused on analog, and this is the digital age, you know? I’m like, I need to do this now. I’m outta here.

At that time I already had recorded a bunch of projects but I wasn’t satisfied with them, and that was my growing phase. I was using the name Op2mus. So I went out to Arizona when I was 24 and did a lot of music out there with a lot of people on the West Coast. It didn’t change my sound, but I kind of catered my sound while I was out there and I built some good connections that I do music with now. I took the experience and went out there for about two years and did a lot and grew a lot, so when I came back I’m just like, I’m ready to hit it.

The producing was something, but then the rapping part…something I went through even before I even left was, you’re trying to show love and give people beats, but people wouldn’t make songs out of them or if they made a song it wouldn’t be something I liked, you know what I’m saying? People weren’t using my beats right. All while in the corner I’m like working on mine, but I didn’t have no confidence as a rapper at this time. I did two live shows before I left up at Louie’s bar, but I got all my other reps when I was out in Arizona doing shows out there so I got to get over that stage fright. I developed my confidence when people told me I was really good at rapping. But I always thought I was really good at making beats.

Say Hey There: Do you have any projects you’re working on now? There’s some talk of an upcoming album? 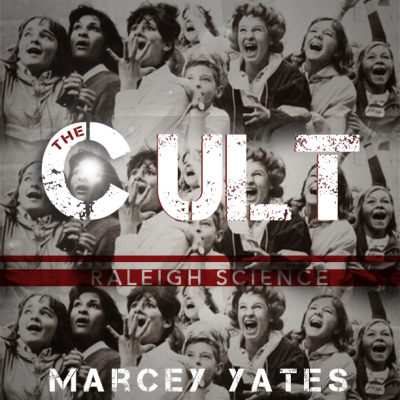 Yates:  In late October I’m releasing a record called The Cult. I shared half the production, and the other half is by an upcoming beat maker here, his name is Britton Wood. I reeled him in with the concept of this record. My intention is to create a cult-like following and do something different and use a lot of the sound that appeals to the general public, which is like trap and 808s and stuff that has more bass in it. What I try to do is take something I heard before and poke fun of the stuff that they rap about that everybody likes, and then I flip it and use different rhyme patterns, rhyme styles. What I’m showing is the mainstream side of me. It shows I can do all this, it shows my versatility.

What I’m showing is the mainstream side of me. It shows I can do all this, it shows my versatility.

Say Hey There: Where can people pick up your music? Do you have any free downloads?

Yates:  On Bandcamp everything is free, and you can pick up the Vanilla Sky record at Almost Music and Homer’s Downtown.

Yates: I love hip hop because it allows you to say what you feel, dress how you wanna dress, go anywhere you wanna go. There’s no limit. It’s forever. More importantly, it’s life.

I love hip hop because it allows you to say what you feel, dress how you wanna dress, go anywhere you wanna go. There’s no limit. It’s forever. More importantly, it’s life.

There you have it, fam. Make sure to check out the links, stream, and free downloads below and stay on the lookout for news on the new album.