Jake Dawson is an emcee and one fourth of the Omaha-based hip hop group Purveyors of the Conscious Sound (PCS), which is currently nominated in the Omaha Entertainment and Arts Awards’ Best Hip Hop/Rap category, an award they took home in 2013.

Dawson, who goes by “Dawscyclops,” and Andy Boonstra — friend, producer, and fellow member of PCS — decided to pack their bags and exchange South Dakota for new scenery several years ago, landing in Omaha. Since then the duo has blossomed, adding members MC Topic and vocalist Liz Graham. Today the group is one of the most well-known hip hop acts in Omaha, and for Dawson — it all started in a bagel shop. 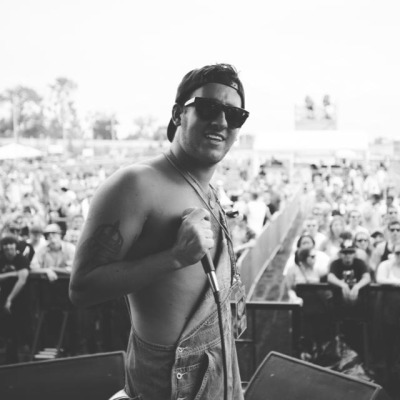 Say Hey There: Tell us about how you got into making music.

Dawson:  I was a supervisor at a bagel shop in Sioux Falls, South Dakota. It was just me and a good friend who would close the shop every night. He was the first person I started rapping with. I would bring my computer to work and pick a random hip hop beat and we’d sit in the cooler and spit freestyles for 20 minutes. And we would always record it. We did this for the whole summer and by the end of the summer we had like 65 freestyles. We had a million songs about the bagel shop.

We did this for the whole summer and by the end of the summer we had like 65 freestyles. We had a million songs about the bagel shop.

I wanted to go to journalism school, but I ended up going to South Dakota State University and meeting Andy Boonstra there, our producer now. We kind of randomly met up and I would drunk freestyle at parties. I was the only rapper, so I would just think I was the shit, but I didn’t write music — no one was making beats for me. I eventually started rapping with some other people, and we would put a beat on YouTube and just freestyle it.

Andy comes from a very musical background as far as playing piano, so he started using music software to make any kind of beat you’d want. So he started making random beats and I started making some terrible songs to them about stuff I would never write about anymore, and his beats would be mainly guitar-based with really simple drums in the background.

We got sick of South Dakota and decided to just move somewhere and start making music, and we landed on Omaha. We didn’t know one person in the entire town and just started progressing from there. That’s how it started. I’ve been with him since the beginning. If I wasn’t rapping, I’d be writing something else, but rapping is the most fun. It’s quick, it holds my attention.

If I wasn’t rapping, I’d be writing something else, but rapping is the most fun. It’s quick, it holds my attention.

Say Hey There: How did you come up with “Dawscyclops?”

Dawson: I think that came about from the from the freestyling days, because Daws and Clops rhyme. It ended up sticking. It’s a stupid name (laughs), but it’s one of those things where I’ve had it since I was seventeen or eighteen. I wouldn’t just change it now. 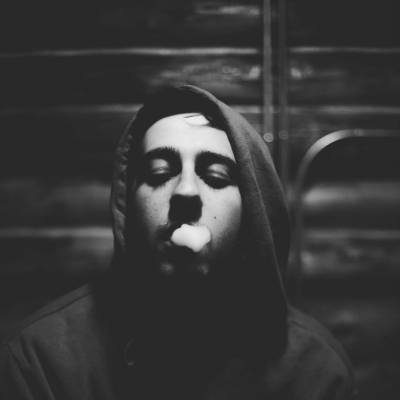 Say Hey There: Is Andy Boonstra the primary producer you work with?

Dawson:  Yeah. I love the beats that Boony makes. Beats make you feel a certain way, and that emotion drives what you write. And for whatever reason, the beats that he makes hit my chords and it’s easier to write to them. We live together, he makes beats downstairs, we record our music downstairs. We can make a song just like that.

We have a side project called Live Minds Affinity. There are two other producers and two other emcees in that group. Two of the producers and one of the rappers live in Sioux Falls back where I’m from. Another one of the emcees lives out in Denver. They started out as a separate group and we all just kind of met up and made a lot of music together, so we decided to just create a group so we could release shit under one name. We’re working on an album right now.

Beats make you feel a certain way, and that emotion drives what you write. And for whatever reason, the beats that he makes hit my chords and it’s easier to write to them.

Say Hey There: Do you ever do anything solo?

Dawson:  Yeah, I just released a music video a couple weeks ago called “Never Dope.” We went out to Colorado and rented a log cabin out in the middle of the Rocky Mountains. It’s this really heavy song, and I wrote the script for the music video and co-directed the music video as well that I also star in.

This was my first dip into screenplay writing. The theme is loosely based off of “The Raven” by Edgar Allen Poe and the movie Mulholland Drive. I’m alone in this cabin, a girl shows up and I take her as a sign as my long lost love so I start talking to her but she doesn’t say anything except “never dope.” As the video goes on I start losing my sanity.

Also in January of 2014 I released a solo EP called Tales Involving Women. That was all really laid-back, chill beats, and I told abstract stories of different experiences with women.

Dawson: Hip hop lets me say what I want about what I want when I want to say it. Hip hop let’s me write in the most creative way possible. I’ve always been told that I write a little too informal but I’ve always been told that I’m a good writer, and hip hop takes away that restraint. I can write as abstractly as I want, I can say “Fuck” as many times in a verse as I want, I can not swear at all and still write the grimiest song ever.  That’s what hip hop let’s me do.

There you have it, fam. Make sure to check out the links below for some free downloads.