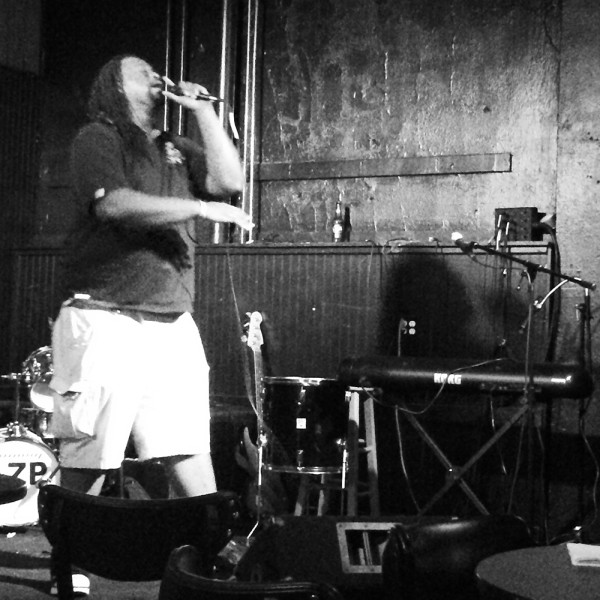 Omaha Entertainment and Arts Awards veteran Galvanized-Tron almost didn’t make it to his set last night at The Sydney, but just as it looked like AZP was going to take the stage early, Tron arrived, ready to spit.

Managing the music himself, Tron delivered a tight, focused performance. With his eyes squeezed shut the majority of the set, you can tell that he feels the music from the inside out, a thought cemented by lyrical admissions such as “This music is my vessel.” His production is dominated with deep bass and lyrics riddled with braggart- style raps like “They can’t shine in my light (Why?) I give ’em melanoma.”