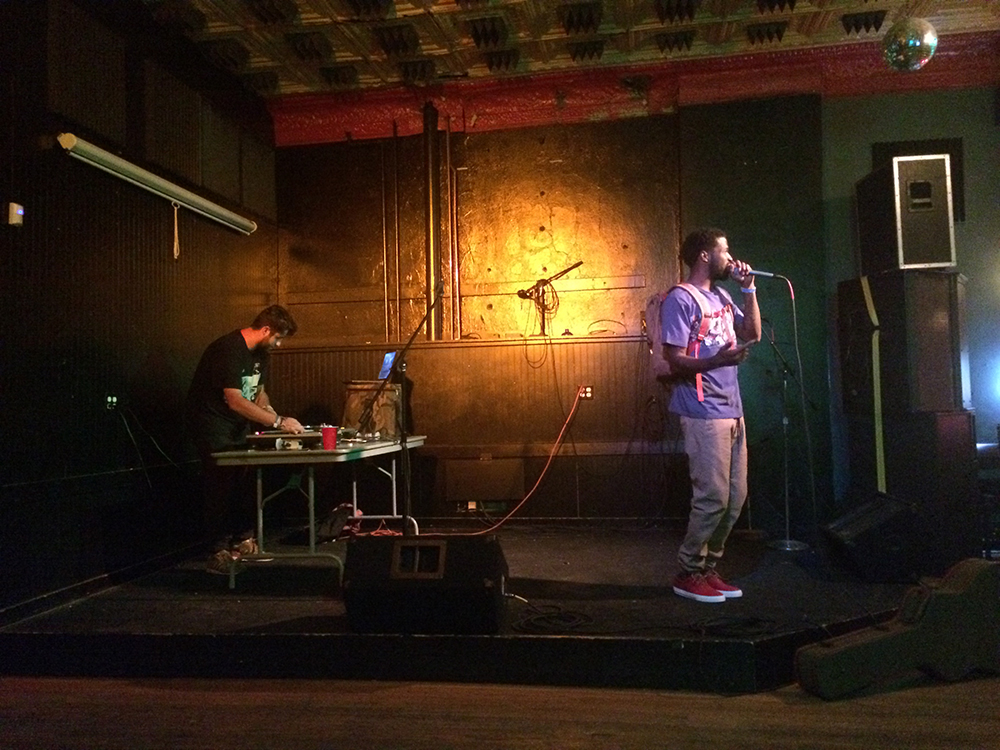 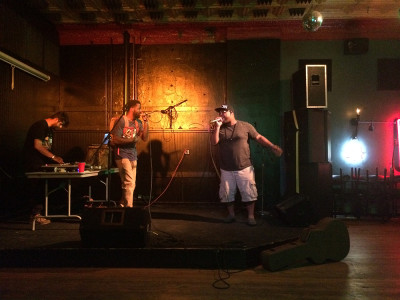 An Op2mus and Dominique Morgan Collaboration

Marcey Yates has mojo. If you’re looking to chill somewhere to some background music, then don’t go to one of his shows, because he carries that juneau se quois that will keep you fixated through his set.

Despite a late start, Marcey Yates — also known as Op2mus — performed one of the top hip hop sets of the OEAA Summer Showcase. Wearing a small backpack and red sneakers and accompanied by DJ Dojorok, Yates commanded attention and at one point got the audience chanting “Just don’t stop” along with him. For another song, he brought singer Dominique Morgan onto the stage for a welcome collaboration.

Perhaps one of the most exciting things about Yates is the fact that he produces his own beats. And they’re good. They’re smooth. They’re soulful. It’s hard to find someone who is a great producer, rapper, and performer, and that coveted combination is present in Yates. He has a strong concept of song structure. He’s a natural. At one point, he looks out at the crowd and states, “This is real hip hop. It’s not popular, but it’s real hip hop.”