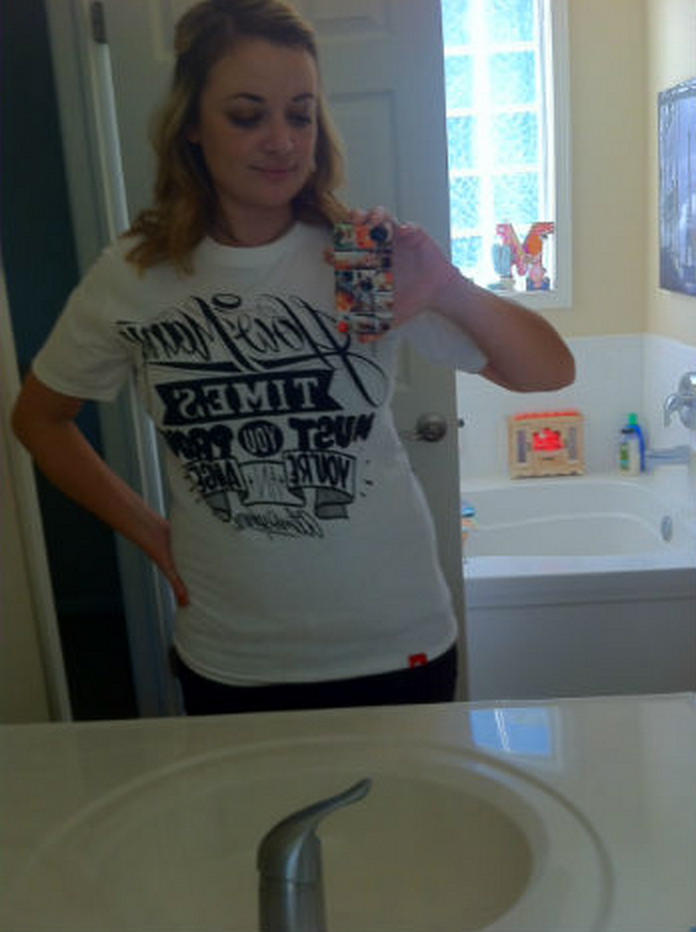 If you missed it, Rhymesayers had their first ever lyric series t-shirt sale on September 28 when they promoted the sale of limited quantities of shirts featuring different Atmosphere lyrics.  The shirts were splashed with lyrics from three songs off the God Loves Ugly album, “God Loves Ugly,” “Lovelife,” and “Modern Man’s Hustle.” The shirts were promoted as limited (only 500 of each) and hand-numbered, available only at the Fifth Element store and on fifthelementonline.com. 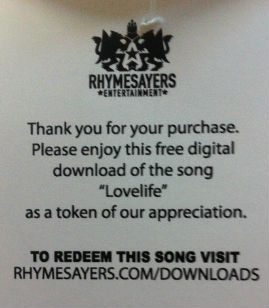 Sweet tag came with a free song download (of course, I already had the song, but still…)

I went online at about 2:02pm, approximately two minutes after the sale began, and it quickly became evident that things were selling out fast. I cursed myself for thinking otherwise and jumped around the site trying to find a shirt still available in a size other than “Men’s XL.” Luckily, I ended up with one still available in “Men’s Small” and was able to get through the shopping cart fast enough to complete the purchase before it, too, sold out.

The shirt came in the mail this weekend, and sure enough, mine was numbered 366 out of 500. I think the lyric series is a really cool concept that will end up generating a lot of money for the label and I look forward to seeing which artists and lyrics will be featured next. Here are a few that I’d like to see.

“Life is not a bitch, life is a beautiful woman.”
“Daylight” by Aesop Rock

“The difference between love and lust clarifies as trust.”
“On This I Stand” by Eyedea & Abilities

“I pursue, by virtue. Got me up late, way past my curfew.”
“Ghost Dance Deluxe” by Felt