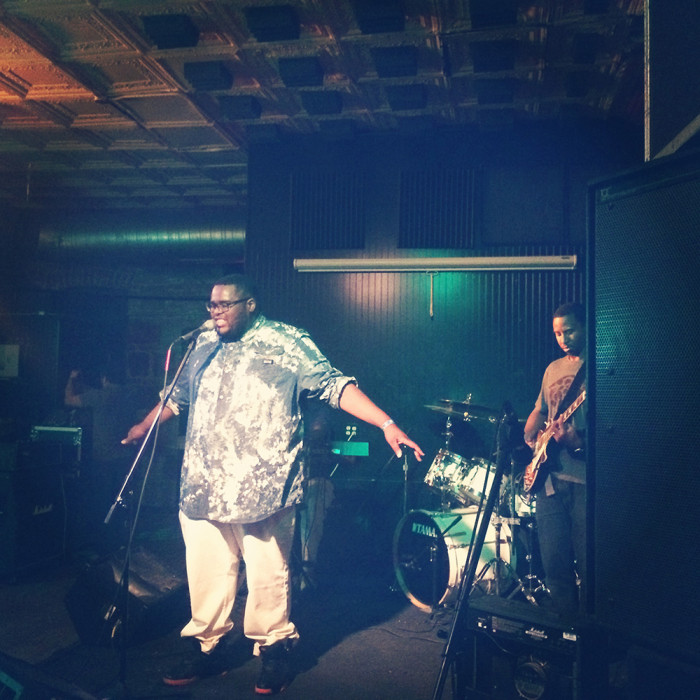 By the time I stepped into The Sydney at about 11pm, J. Crum was already onstage. Being a newcomer to his music, I had no idea what to expect, and I was blown away from the moment the first wave of sounds hit me. Backed by a live band (my weakness in hip hop), the buzz of energy in the room was so loud I wished a stretch of wild dancing would break out, a notion that would have been encouraged by the performer who at one point told the crowd, “Hope ya’ll ready to move.”

J. Crum can rap, there is no question about that. He has a hard flow and doesn’t miss a beat when he rhymes, rapidly spitting out lyrics with unfaltering momentum. He also sings, saving the choruses for himself. And just when you think it can’t get any better, he looks into the crowd and announces “This is the song I take off the microphone,” and gets down even harder. With so much emotion behind his performance, he won over the hip hop fans and random onlookers alike.

The only downside? That there wasn’t more.