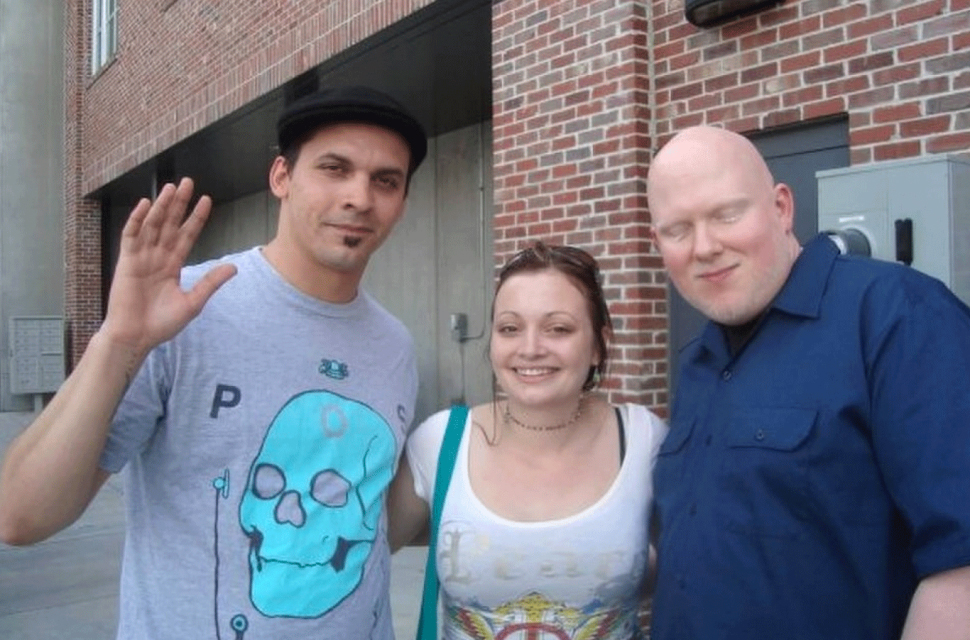 It’s no secret that music brings people together, and Atmosphere is no exception. In fact, they’re the perfect case in point. Atmosphere fans are down-to-earth lovers and feelers. My kind of people. It’s like being part of a secret club. You meet a member of the same club, look into each other’s eyes, and just know you’re going to become good friends.

A hip hop duo out of Minneapolis, Atmosphere embodies the message that you don’t have to live in New York, LA, or Atlanta to love hip hop, and you don’t have to rhyme about guns, selling drugs, and murder to be a rapper. Slug, the emcee, is notorious for his relatable, intricate storytelling. Women and men alike swoon as Slug talks about loving life, music, codependency, women, addiction, snow, and struggles. He talks about himself, his friends, his foes, his family, and people who I imagine are complete strangers, if not made up altogether.

The other half of Atmosphere, Ant, is the often underrated DJ. His heartfelt melodies in songs like “Modern Man’s Hustle,” “Pour Me Another” and “Travel” make my heart melt. His hard-hitting beats in songs like “Angelface” and “Saves the Day” pump me full of adrenalin. The new, the old, the carefully crafted, the messy, the ambient, the noisy, the melodic, the pensive…I love it all.

I was introduced to Atmosphere almost ten years ago during my first year of college. Scott, a friend of mine dubbed “Beatbox” for his spitting skills, tossed me a mix CD and told me to check out this hip hop group from his hometown, Minneapolis.

It had “Always Coming Back Home to You,” “Guns and Cigarettes,” “If I Was Santa Claus,” “Woman with the Tattooed Hands,” “Don’t Ever Fucking Question That,” and a few songs by the Unknown Prophets (one of which featured Slug). To this day, listening to certain tracks off of Lucy Ford: The Atmosphere EPs or God Loves Ugly takes me back to the days I spent that year driving around on random gravel roads in rural Nebraska, avoiding the inevitable u-turn to listen to one more song. As a music lover and writer and songwriter, I’m hard pressed to think of another group that has influenced me as much as Atmosphere.

I remember the first time I saw them perform. I can’t remember what tour it was, but I remember being a little drunk and completely uninhibited. I rocked the fuck out, and it was one of the best nights of my life. During the When Life Gives You Lemons tour, I got to meet Slug (and Brother Ali), but that story deserves its own blog post. 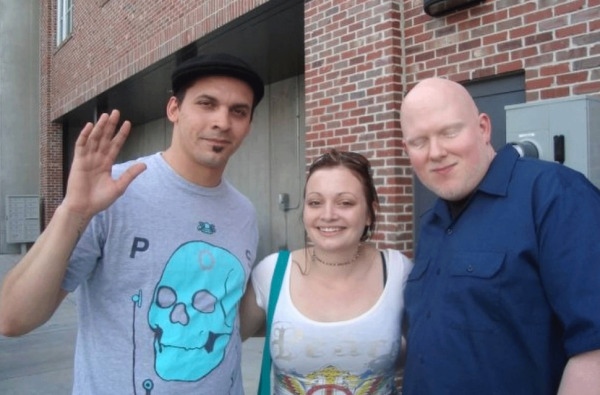 Me, happily sandwiched between Slug and Brother Ali.

As the years passed, Atmosphere became more well known. I think it was right after When Life Gives You Lemons, You Paint That Shit Gold was released that one of their music videos (“Guarantees”) was featured on MTV. It caused an uproar among fans. People said they sold out. I was among them, at first, depressed that the conforming masses now had access to my secret garden. It was like I had this best friend who became famous overnight and it immediately made me insecure. Would he forget about us in the Midwest? Move on to bigger and better things? Divorce the very convictions that I admired most? I remember Atmosphere addressing the controversy on MySpace in a way that made complete sense and made all the naysayers look like jerks, and I immediately felt guilty. If anything, we should have been celebrating the fact that they finally got the recognition they deserve, and they did it their way. (And seriously, they need to stick with whoever is directing their music videos. “You” inspired me to take up fingerboarding and I rap break-less and breathless along with Slug in the filmed-in-one-take “Guarantees.”)

Fast forward about five years and a couple albums. Their sound has evolved. They’ve incorporated a live band, and I think that’s a really revolutionary contribution to hip hop. The Family Sign got some bad reviews from critics and fans alike for being too soft, somber, and instrumental. While I’ll admit it wasn’t an instant favorite for me like When Life Gives You Lemons, songs like “My Notes,” “Became,” “I Don’t Need Brighter Days,” and “My Key,” have become some of my all-time favorites.

I can’t wait to hear what’s next.

Some of my favorite Slugetry:

We could sit and reminisce about the old school
Maybe share a cigarette because we’re both fools
Chop it up and compare perspectives
Life, love, stress and setbacks
…
I can’t front, I’m havin’ a blast
But damned if I ain’t afraid of how long it’s gonna last
Sittin’ here wishing we could kick it
Give me your opinions, I do miss the criticisms
…
A whole house full of dreams and steps
I think you’d be impressed with the pieces I kept
…
“I can’t even get mad that you’re gone
Leavin’ me was probably the best thing you ever taught me.
“Yesterday”

Don’t wanna think no more, just let me drink some more
Pour me another, cause I can still see the floor
“Pour Me Another”

I’d rather kill the radio and listen to the rain hit.
…
Mistook love at first sight for a sex look.
…
Lay your head on my chest
Speak of the stress
Kick your feet up and rest
Before we clean up the nest
“Modern Man’s Hustle”

Here we go aquarius, pisces feel the flow
of the fluid as I swim through it to free my soul

“Don’t Ever Fucking Question That”

It’s closing time, the spins are gonna visit me
They’re rolling thick like they know they taking victory
But not tonight, right, I’ma make some history
Get up in your system and direct it like a symphony
“Shoes”

Love your life, quite cliche but I guess that’s me
A ball of pop culture with some arms and feet
“Lovelife”

Bad luck play with the effortless
So I backed away from quick benefits
Shed skin of those that spit venomous
Yeah that’s him he the one that tips generous
…
I heard a bird cry, it was pathetic
Man if you can fly spread feathers like a message
“My Notes”