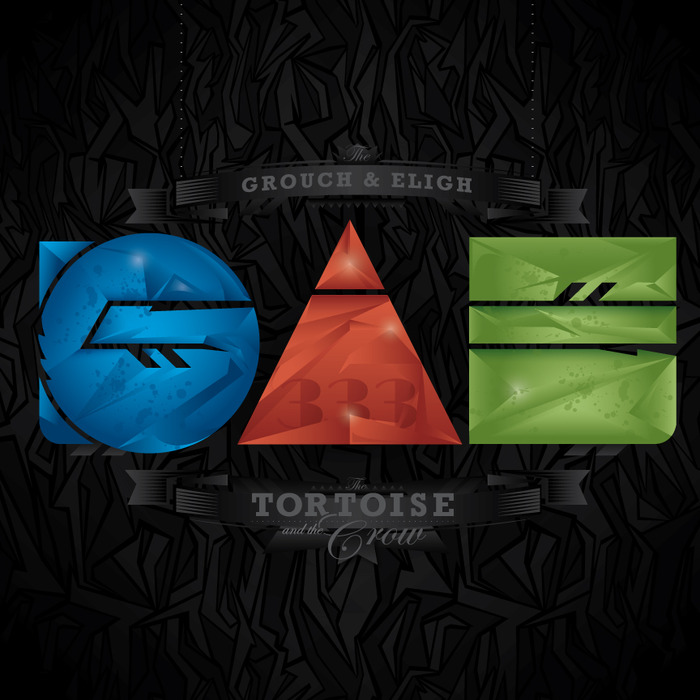 A few weeks ago, the Grouch and Eligh released their Kickstarter-funded triple album, The Tortoise and the Crow, featuring Lighthouses, an all-Grouch album, Nomads, an all-Eligh album, and 333, a G&E album.

Why You Should Care »

As one of their Kickstarter backers, I was able to download the triple album before the rest of the world, and I’ve been listening to it ever since. Here are a few highlights from each. Skip to the bottom for the complete “best of” playlist.

“My Garden”
For anyone who has ever had a secret garden or oasis to escape to, “My Garden” will sing your song. Myself, I think of summer escapes to water…floating on my back in the middle of my lake in the late afternoon, ears underwater, eyes toward the skies.

“My Best Teacher”
I knew my man Ant touched this song the moment I heard the soulful strings in the intro. GOOD GOD, he kills me, and this song is no exception. The message from Grouch is about listening to your intuition, learning from your mistakes, and being your own best teacher. I can’t tell you how much I love this song. It hurts.

“Attracted to Pain”
Love doesn’t hurt, but that doesn’t keep some of us from chasing or trying to fix relationships that are the very definition of pain. In this track, Eligh takes us through his history of being drawn to tumultuous relationships.

“The Healer”
For the LIFE of me, I cannot figure out this sample, but I know it. The classic rock junkie in me keeps coming back to “Small Town” by JCM, and hey, maybe that’s right. I love the direction the chorus takes; it’s calming.

“Anx” (featuring Prof)
This is one of my top three favorite songs throughout the entire triple album. Eligh spits the first verse, Grouch the second, and Prof the third. The song starts strong and somehow gets progressively better until it ends with one of my favorite Prof contributions to date. He is incredibly charismatic and fresh, and I’m ecstatic this collaboration happened.

Here are some of my favorite rhymes on this song: 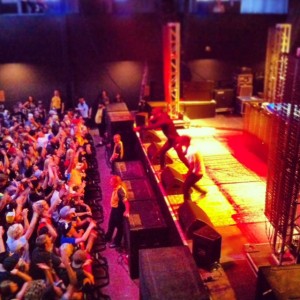 “Chronic is the way to explain the intensity and velocity. Feelings keep accosting me like a young bully in a dark ally with misdirected animosity.” – Eligh

“My nerves stirred worst. Drinkin’ num num juice to quench thirst. What they call it liquid courage for? When after it’s over, you’re weaker than before?” – Grouch

“Back broke, knee blown-out, hold tight. People lookin’ at me like I’m on the wrong flight. Put on my clown face, swallow down a cinder block. Anxiety biting me whether it’s win or not.” – Prof

This song is like a lullaby. A dope, soothing lullaby. Another awesome collaboration with Blu on the third verse. A few standout rhymes:

“I’m a fan of God, I ran my shoes ragged, now I grin and barefoot it, tail never draggin’.” – Eligh

“If I ever fall tell God I won’t be forgotten, so I might as well Pac ’em like they never shot him.” – Blu

“Run”
G&E released a video for this song as a teaser to the triple album release. It features Pigeon John on the chorus, is super catchy, and makes even me want to strap my iPod to my arm and go for a jog. Shout-out to the Grouch for the line, “Fuckin’ DJ play my song, been doin’ this way long.” It’s just great.

“So Complicated”
I love the piano on this song, and when the bass kicks in about halfway through, it’s like Campbell’s—mmm, mmm, good. I’m a sucker for letting a song sit without drums for a minute. The build-up is worth it.

Overall, this triple album is full of quality collaborations, positive messages, and inspiring one-liners about overcoming the various struggles we encounter as humans. Listen to it yourself and catch G&E on one of their remaining tour dates or at Soundset this May.

Here’s the full Spotify playlist of what I consider to be the best of each album. Tell me which of your favorites are missing in the comments!

grouch and elighthe tortoise and the crow