Joshua Crum has soul. Being raised in a religious home on gospel music and having a near-death experience 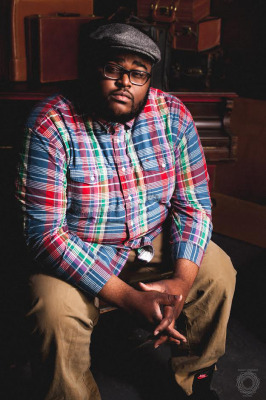 early on left no other option. When you meet him, you think he is older than he is because of his confidence and how he carries himself, but some would be surprised to learn that he is only 26. After hypnotizing us with his performance at the OEAA Summer Showcase, we knew we had to sit down with him to find out the backstory to everything J. Crum. Check out our interview with him below, and make sure to keep an eye out for his upcoming shows and work, because he’s turning heads.

Say Hey There: If you could sum up your Wikipedia bio in one minute, what would it say?

Crum: I was originally born in Detroit, Michigan in 1988. I came over here when I was really young. My parents were teachers at Boys Town, so that’s what brought us over here.

I grew up really loving music. My mom didn’t like rap. We grew up in a really religious household, and so if there was any rap then it was like Will Smith and Jazzy Jeff and stuff like that. I got Eminem CDs, and once that stuff started coming out I would have to try to sneak off and listen to it. I grew up in a really Christian household, rap was never really a good thing. Gospel was, and a lot of Motown. Some of that actually influences my sound.

When I turned fifteen I got really, really sick. I developed a brain infection and it almost killed me. I remember I got in a fight with my mom because she thought I was on drugs, but really I couldn’t put together sentences anymore.  I was trying to tell her something was wrong with me and she was like, “No, you’re on drugs, you can’t be in my house and be on drugs.” I ended up passing out and waking up three days later in a hospital bed. I have a scar right here from a tube up the side of my head.

At that point, I’m like I’m here for a reason. I didn’t know exactly what for, but I knew there was a reason that God let me live. I think that’s when I really got serious about life, living it to its fullest, and living it with purpose.

I didn’t know exactly what for, but I knew there was a reason that God let me live. I think that’s when I really got serious about life, living it to its fullest, and living it with purpose.

Say Hey There: What do you think your purpose is?

Crum: Being able to reach people like me. Music came a little bit after that. I had gotten over being sick and had missed a semester of school, so they sent a teacher to my house to help me catch-up. By the time I came back to school I had caught up with so many credits, that I had three study halls. I had all this time on my hands, so I just started writing.

I wrote what was true to me. I was a never a drug dealer. I was never a gangster. I’m going to write about what’s important to me and what I’ve been through. That’s what you’re seeing, a summation of the things that I’ve been through and the kind of mark I want to leave on people.

Say Hey There: To be able to write is a great thing, but to be able to perform is a whole other level. How long have you been performing?

I think for me, it wasn’t necessarily about performing music. Everything I was doing had a purpose.

Say Hey There: Do you always perform with a live band?

Crum: I definitely try to. I think the very first time I did it I was hooked and I never wanted just straight tracks again. It’s just a different feel. Normally our whole set-up is the DJ, drummer, keyboardist, guitar player, and we just added a bass player.

Say Hey There: How long have you been doing that, using a full band?

Crum: Maybe a year and a half. Sometimes the venue won’t really call for it, but that’s definitely what I try to do. I love it. I don’t really know how it works, but it feels completely different. We feed off of each other and everything.

Say Hey There: Which producers do you work with?

Crum: I have so many beats. Locally I’ve worked with Two Cypha; shoutout to Gooseneck. I have one guy named Marvin Glaspie, he lives in Texas, who really helps me find that live sound. Usually when I get a beat, for the recording I’ll get a live band and we’ll play some different stuff. If the drums are too synthetic, we’ll put live drums on it.

Say Hey There: Do you have any albums out? Any projects you’re working on now? 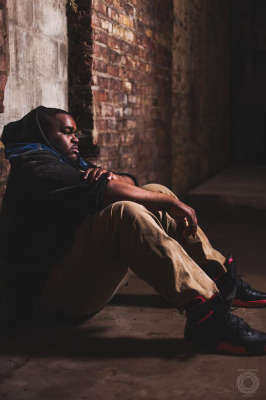 Crum: I have one album that’s finished. I had released it last year, but the mixing wasn’t where I wanted it to be. A mentor named Rico Gibson is mixing and mastering it over again. I’m just waiting for him to get it out there. He’s not trying to change my sound or anything like that. If I could for the rest of my life be independent, I would love that.

If I could for the rest of my life be independent, I would love that.

That album’s called Exhale. I’m working on a new one with all new music.

Say Hey There: Do you have a name for it yet?

Say Hey There: Okay, well tell me when you’re ready!

Crum:  Okay, I’ll tell you, I’ll tell you (laughs). The new album’s called Black Sheep. That’s kind of what I’ve been my whole life. My brother goes to school for neuroscience. My sister is a lawyer. And I rap (laughs).

Say Hey There: I love that. How would you describe the sound of both albums? Does each have its own concept or underlying message?

Crum:  I would say Exhale is somewhat of a concept album. Without being too preachy, it’s Christian music. I know sometimes people hear that and they’re like, “Ahhh, I’m done, I don’t need to hear it,” but please listen to it because I guarantee you’re gonna like it.

I had a youth conference that I performed at, and there was a speaker there that said, “When God breathed upon Earth he created man.” But a lot of us are holding our breath and not living out our purpose. Basically Exhale means be who you were made to be, do what you were called to do. Figure out what your purpose is and live that out.

Black Sheep is going to be way more personal. It’s a walkthrough of my journey. The first song talks about me in high school and how I was just this awkward kid. Now I’m an older, awkward man (laughs). And it’s kind of going from that to me dreaming of what I wanted to do, and falling back and kind of growing a little bit, and starting up again. It continues to go further and further and further. It talks about some of my struggles. It’s really personal, so I probably won’t have a lot of features.

And it’s kind of going from that to me dreaming of what I wanted to do, and falling back and kind of growing a little bit, and starting up again.

Say Hey There: Anything else you’re working on right now that people should know about? 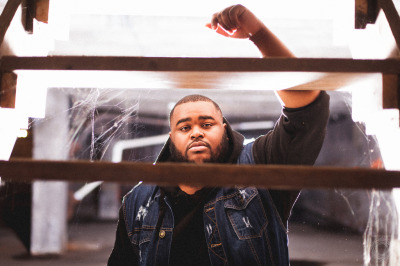 Crum: We have the music video for “Not a Prisoner.”

The next one I might try to do is for “Not Black Enough.” That one came from high school because that was something people always would say, and I would just ask them: “Okay, can you explain yourself? Because I would love to hear an explanation.” And they would be like, “Oh, well, the way that you talk, the way that you dress, and you always turn in your homework.”

So black means I gotta dress a certain way, I have to talk like I’m not educated, I have to fail in all my grades and gang bang? We have such a low self-image, and it bothered me. And anybody who tries to elevate the image is labeled an Uncle Tom or sell-out, and that’s not what it is. That’s what the song is about. I’m secure in who I am. Black is what I am. It has nothing to do with my behavior or anything like that.

Crum: Oh man. I don’t think any other genre will allow you to give your world view musically and as explicitly as the vehicle of hip hop. I don’t think there’s anything else like it. No other music has been able to speak to me like this culture. I was a kid who had a really hard time talking to people, meeting people. It wasn’t until I tried this to where I found myself and my voice.

I don’t think any other genre will allow you to give your world view musically and as explicitly as the vehicle of hip hop.

There you have it, fam. Make sure to check out officialjcrum.com for some free downloads.