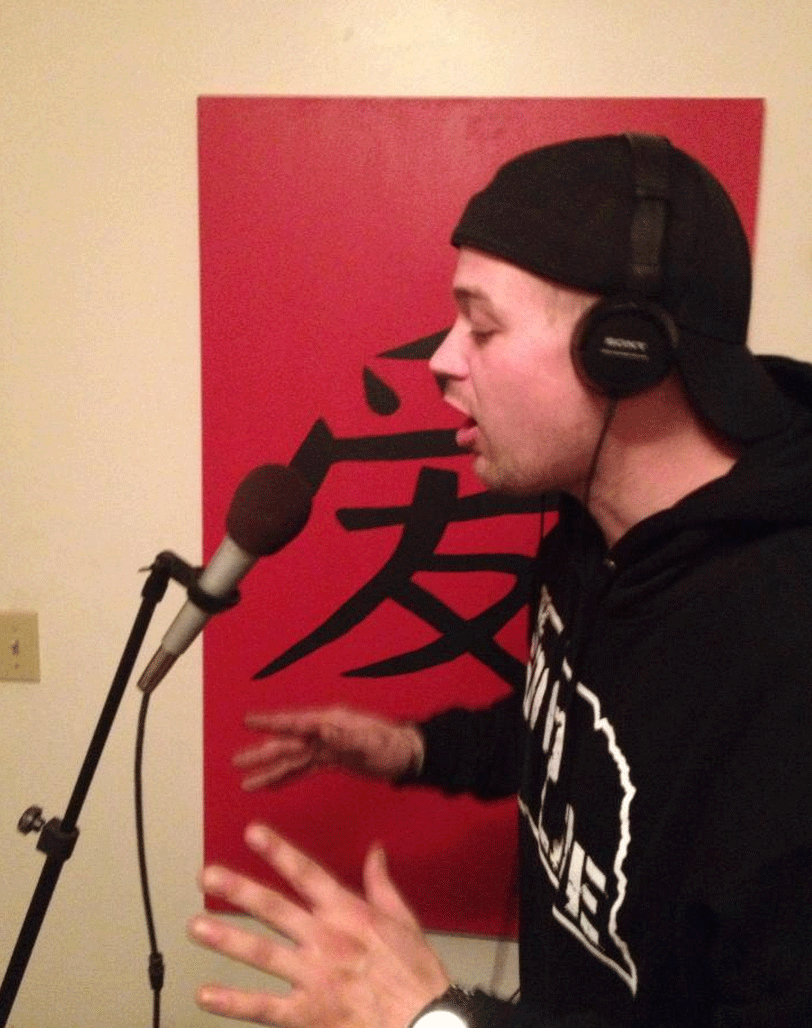 I first met Ian Nauslar at a Hector Anchondo show. We talked for about three seconds before we realized we shared a mutual obsession for everything Rhymesayers.

I refer to that moment often when I describe why I love the underground and going to smaller shows—because you are surrounded by people who are as head-over-heels in love with the music as you are, before it is discovered by the masses. It’s a special time.

Since then, Ian—who goes by “One”—has transitioned from conscious rap fan to slam poet to political performance poet. His story is one of perseverance through adversity, so pull up a chair and get comfortable, because you’re not going to want to go anywhere.

Say Hey There: Slam isn’t something I’m involved with, but I have a lot of respect for the people who are doing it. What can you tell me about it?

One: To be a slam poet is…you’re spilling your guts about something. There is some sort of form to it, you have three minutes 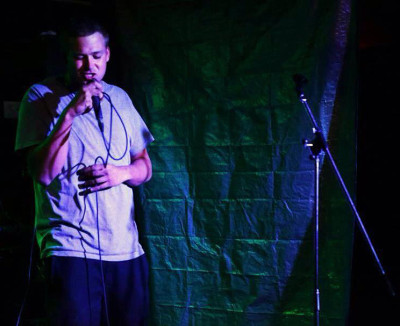 to get out your message, but you just go up there and act out what you’re saying.

When I was a kid, I used to have to talk to a beat to help my stutter, so I’ve used rhythm to help me with slam. And if I don’t have the emotion there then it’s easier to mess up.

I’m unique in that my style is more like a cappella hip hop. People afterwords tell me that I’m in their head. I connect with people.

“And if I don’t have the emotion there then it’s easier to mess up.”

Say Hey There: When I met you, you were just another loyal fan of the underground. What made you decide to start writing and performing?

One: I’ve been writing for years. I started therapy at a young age and they encouraged me to start writing down my feelings. I was a troubled youth dealing with my stutter and having a separated household with parents going through a divorce, so I was acting out. I was told I couldn’t function in regular class, so I was in sped until Boys Town. They put me in a challenge class in third grade, and my first project was to write a poem. I was smart, and they thought I was cheating.

I started going to bars to write. One day this lady came up to me and asked what I was writing, and told me about this open mic thing that at that time was up at The Hideout called Shoot Your Mouth Off, where a lot of poets used to go. So I showed up there one time and saw some people slamming, and I was like “Wow, I think I’d like to do this.” I got up and read something I wrote and everyone liked it, and from there it was a rush I kept going after.

Shoot Your Mouth Off saved my life. I went there a stuttering, bumbling, insecure person. On my first day everyone was like, “Who are you? You’re new. Want a drink?” They were all really welcoming—talking to me, hanging out.

“Shoot Your Mouth Off saved my life. I went there a stuttering, bumbling, insecure person.”

Say Hey There: How did you pick your moniker?

One: It has several meanings, including unity, one whole, and a way of abbreviating Omaha, Nebraska (O, NE).

Say Hey There: Something about you that I think is really incredible, that you’re open about, is your stutter. To have a speech impediment and use it as your artistic medium is not just brave, it’s heroic. You’re basically giving your weakness a big middle finger. 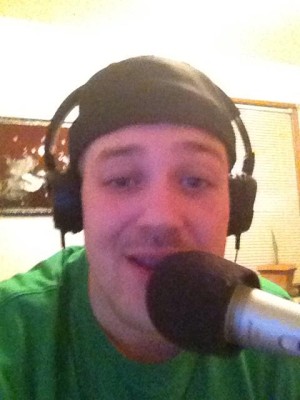 One: (Laughs.) I never thought about it like that.

Nate Scott has a line that’s like, “I wonder why Superman hid the fact that he was Superman.” I’m humble and everything, but with the music and poems that I’ve been creating lately, I’m proud of them to the point where I almost feel like I’m annoying some people by sharing them. But after being bullied and picked on and put down and told I wasn’t good enough; that I was a retard, I was a loser, I was this, I was that—having something that I listen to and forget it’s me sometimes…it’s like why wouldn’t I want to share this with the world? It’s proving to everyone who has ever said anything against me that that’s not me. This is me.

“It’s proving to everyone who has ever said anything against me that that’s not me. This is me.”

Say Hey There: You recently got signed to the Anti-Injustice Movement (AIM), an international organization made up of political emcees and street poets. What else can you tell us about AIM and what being signed means for you?

One: We are a network of artists with chapters in six countries. Right now the biggest focuses are on Western Militarism, Political Islam, Zionism, and animal rights. We have weekly Skype meetings about the issues.

Being signed gives me a bigger platform for change and a way to bring the issues I hold dear to light.

I heard about AIM on Facebook through a friend who was sharing their posts. It was started by a lady named Kalash who had Addison’s Disease. She was on bed rest and wanted to make an impact even though she couldn’t get out and do things.

Say Hey There: Is there one subject that means more to you than another? What do you want to expose?

One: On my application form I described my activism stance as “icist against isms.” I hate sexism, racism, and everything that separates and keeps people down. As someone who was bullied and picked on, I can empathize with people who aren’t treated right.

“On my application form I described my activism stance as ‘icist against isms.’”

Say Hey There: Are you involved in anything cool coming up?

One: I’ll be performing in Brooklyn, New York at the Hip Hop Against Human Trafficking show at The Paper Box on October 25. I’ve been asked to head up a project called Rhyme and Reason that we might debut at that event.

(Watch AIM’s official Facebook page for news on when tickets to the Hip Hop Against Human Trafficking event will be available.)

You know how there are the five elements of hip hop? What we feel is lacking nowadays is knowledge. What we want to do is take the freestyle battles everybody loves and blend them into a high school debate format. So we’ll give people 20-30 topics that they have to have general knowledge on, and they might draw “welfare” in the first round and have to be either pro or anti welfare and freestyle battle based on that stance.

One: Yeah. And the goal is to get some of the writers and hip hop people researching and learning even more, and hopefully that will ripple over into the music that they make. It’s shaping up to be something special.

Listen to One perform “Icarus’ Dream” below, visit his ReverbNation page, and catch him and the Shoot Your Mouth Off crew at the Shark Club on 4/20.