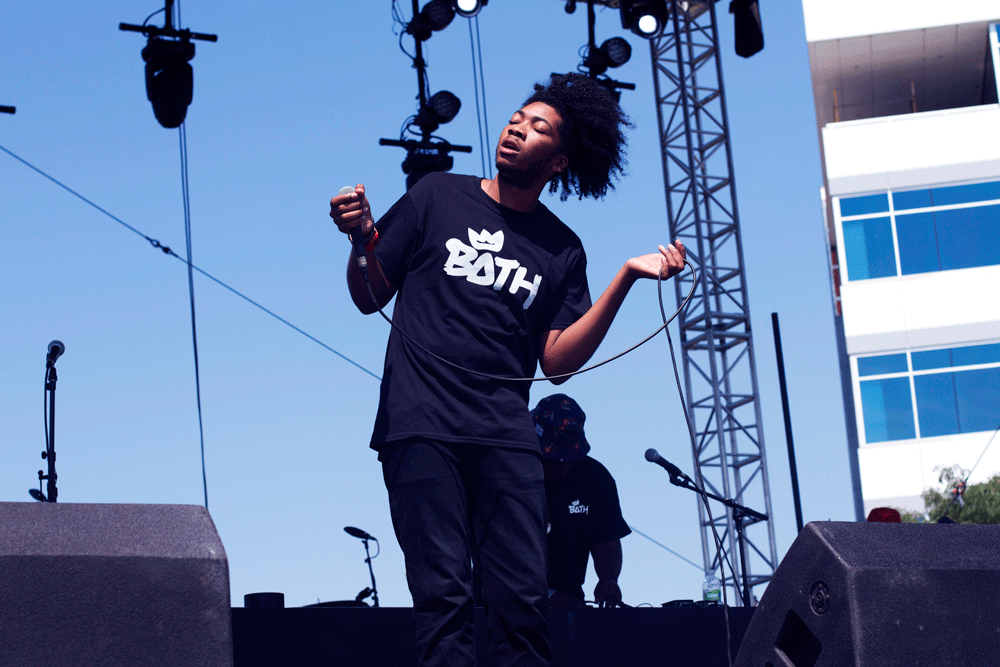 With the 2015 Maha Music Festival consisting of a predominantly indie rock lineup, hip hop was a welcome genre that offered the crowd a vibrant alternative to the softer sound encompassing most of the day.

Both kicked off the entire festival at 12:00 by molding a couple of hits like Rihanna’s “Bitch Better Have My Money” into their own style to lure early birds down to the big stage, and it worked. A few stragglers here and there turned into a decent crowd to cheer on the first act of the day. Once warmed up, emcee Scky Rei announced they were done playing around and ready to start the show. The set list included favorites like “Toothpaste” off their debut album Both and songs off the freshly dropped Bothsucks EP. For their last song, they were joined by Rothsteen to perform the new jam “Airwaves.”

At one point Scky Rei proclaimed that they always bring it, no matter whether the crowd is big or small,  and bring it they did. You can tell Scky and his other half INFNTLP love performing, and their authenticity always shines through. But what I love most about their shows is that their mutual charisma is ever present and they’re not afraid to be themselves onstage, and maybe even get a little weird. 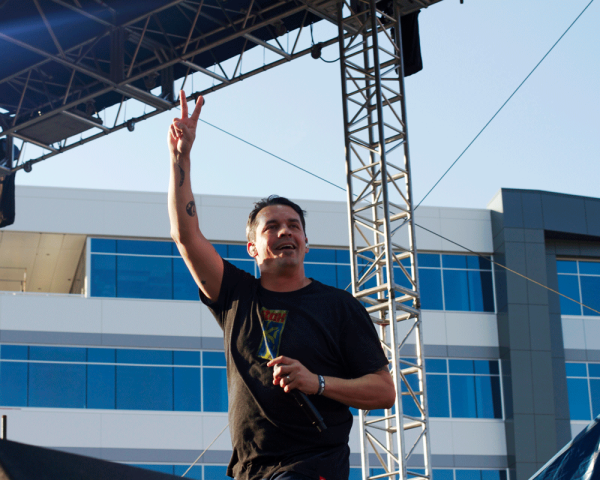 I’ve followed Atmosphere to Salt Lake City, Red Rocks, and all around Omaha over the years, and with Say Hey There’s namesake paying direct tribute to the duo, it’s no surprise that I was looking forward to their set the most. In recent years, Atmosphere set lists have consisted of a good mix between old stuff, new stuff, and what can only be described as “greatest hits compilations” featuring mixes of various hits across their discography (although admittedly I’d rather hear a few full songs than a basketful of snippets). Per usual, they did a great job of catering to newer fans by playing songs like “Sunshine” that have seen viral success and older fans with underground gems like “Scapegoat” and “Like Today.” My face lit up when unexpected jams like “Angelface” vibrated through the speakers.

Ant was joined on the 1s and 2s by Plain Ole Bill, a trend in recent tours. Slug interacted with the crowd, expressing and re-expressing his excitement about being there. He’s good at getting kids’ hands in the air and putting smiles on their faces. It definitely energized the crowd, brought some diversity to the festival’s lineup, and attracted a cult following that otherwise may not have shown.

The hip hop beats and energy definitely brought an awakening element to the festival. We may be biased, but if we could suggest anything to make Maha Music Festival even better of an experience next year, it would be to include a more diverse lineup, replacing some of the indie rock with other genres that bring a faster tempo or louder vibe to reenergize the crowd between softer sets.