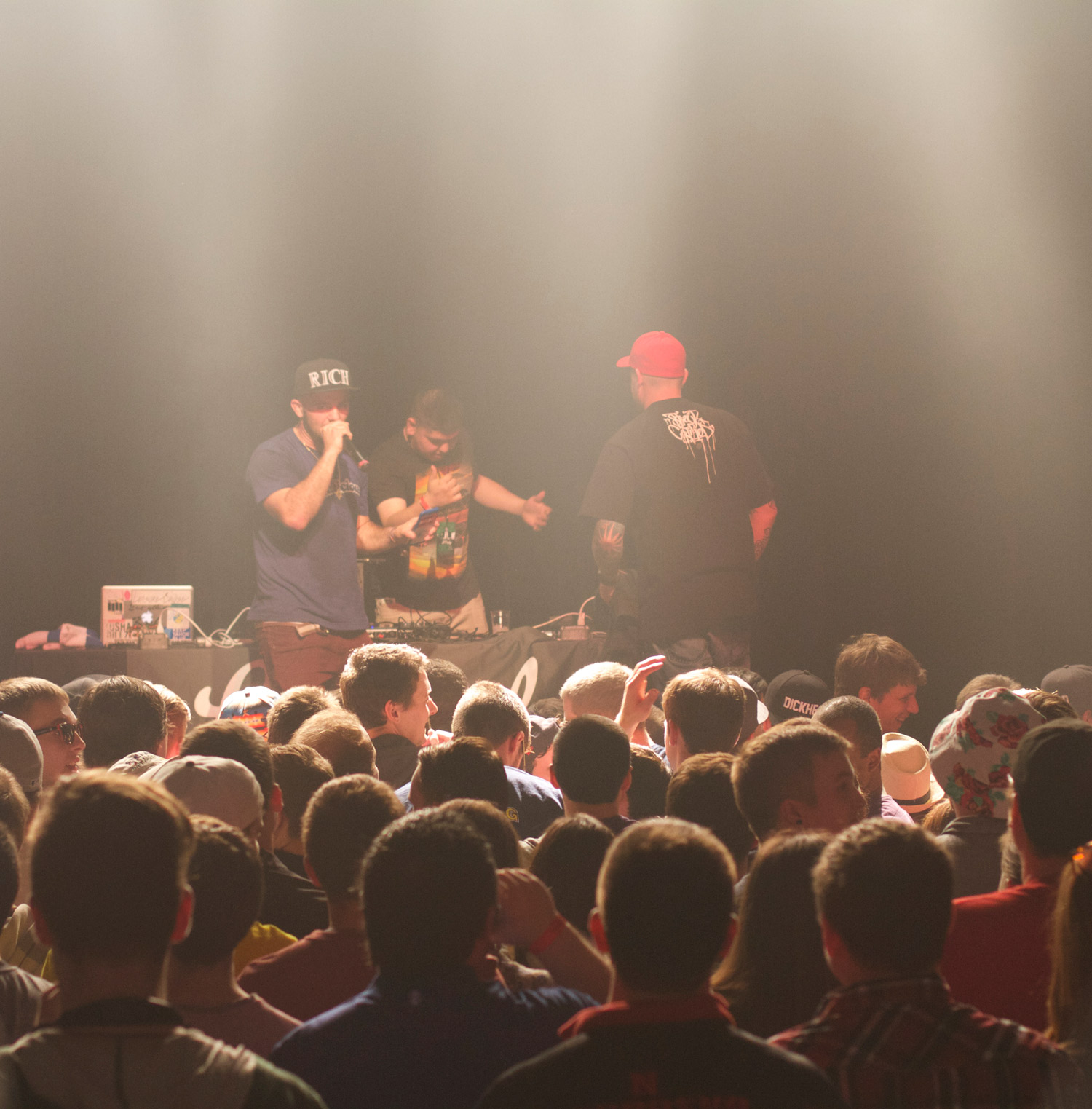 What is there to say about Kosha Dillz that I haven’t already said?

I have a special soft spot in my heart for the freestyler who embraces individuality and human idiosyncrasies. And not just for his style: Kosha was my first big interview after officially launching sayheytheremusic.com. I interviewed him about his album Awkward in a Good Way, and he was down-to-earth and fan-centric. Since then, I’ve followed his music and was excited to cover the show at Slowdown on April 18th.

Kosha opened up for Lil Dicky, who I have to admit I had never heard of until the show announcement, so I started doing my research on the guy to prep my expectations for the show. The Kosha/Lil Dicky combination is decidedly a good match, because they’re both quirky in their own right.. Wiki tells me Lil Dicky started off as a comedian, sort of adopting rap along the way, and fell in love with it so he started to pursue it more vigorously. Here is the first Lil Dicky video I watched, arguably one of his most popular tunes:

Funny, right? While I’m not typically into comedic rap, I have to admit that I like his self-deprecating style, raspy voice and flow, and I found myself laughing through the video. Good signs! 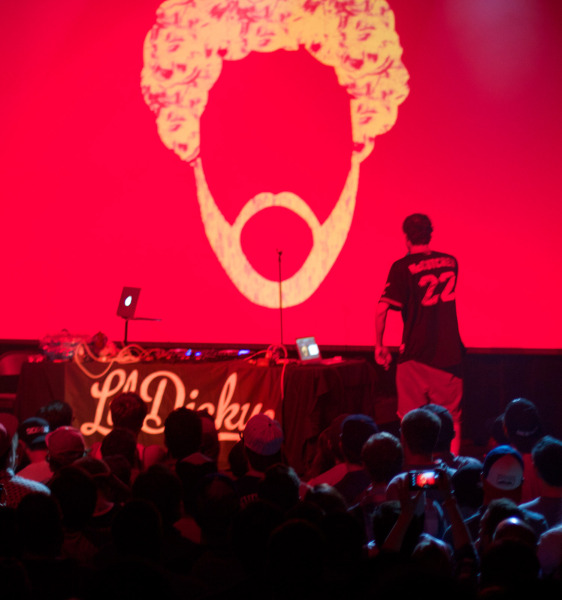 I made my way through the doors of Slowdown as Kosha was onstage, and I was surprised by the size of the crowd. I’m talking shoulder-to-shoulder from stage to back railing. The crowd was mostly late-teens-to-early twenty-somethings, likely drawn by the pull of the Lil Dicky (ha). Kosha was doing his thing onstage. I love how interactive and in the moment he is with the crowd. He explained that it’s his first time on tour with Lil Dicky and he doesn’t want it to be his last, and the supportive crowd cheered in his favor. In true Kosha fashion, towards the end of his set he asked people close to him to throw personal objects onstage for him to freestyle about…and killed it.

Lil Dicky’s performance came as a welcome surprise. Not only was he super interactive with the crowd, but he had this giant, killer graphics slideshow on display that was fantastically weird. Like, giant outline of his head and beard weird. PowerPoint-style charts representing projected amounts of fun a night with him would bring weird.  “Judgement-free zone” declaration weird. At one point, he even invited people to join him onstage. Twenty or so drunk dudes got up to dance onstage as Lil Dicky made his way through the crowd, all the way to the back to show love. The crowd ate up every second of it.

If you’re going to pay a $20 cover, you need the performance to live up to the big bucks, and these dudes put on a show. Go!