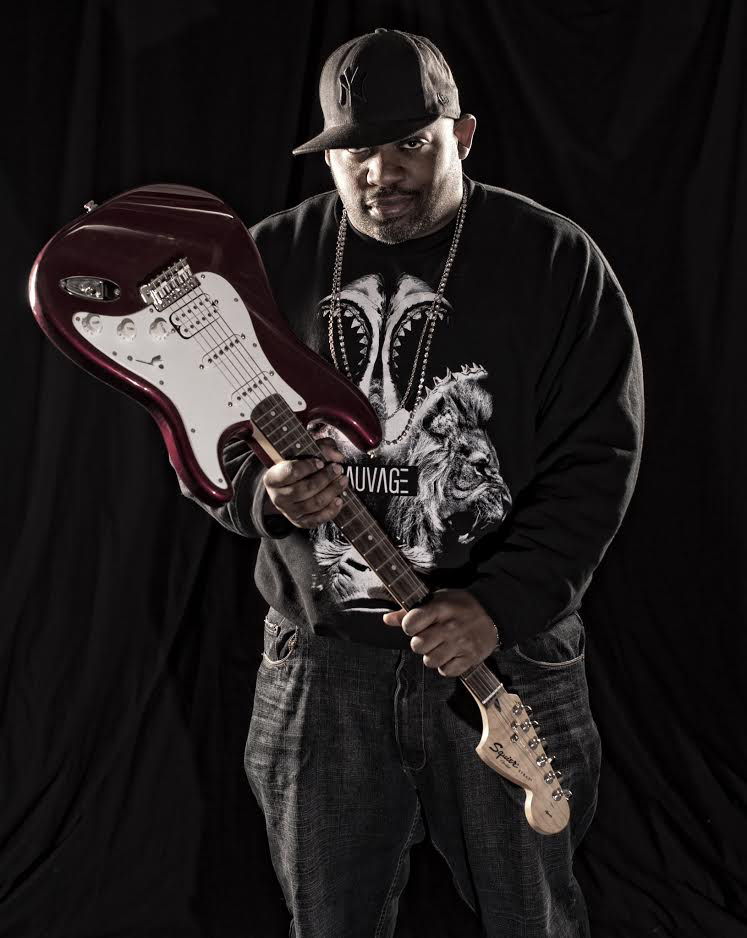 Justin Powell, who goes by Pflames (the “p” is silent), is an Omaha-based rapper and producer who recently added recording studio ownership to his list of accomplishments. Powell has been involved in music since he was as young as five and has an evolved taste outside of hip hop (one could say he is a bit of a Prince fanatic). Check out our interview with Powell below!

Say Hey There: How did you get into music?

Powell: I’m an overall music junkie. I’ve been in and out of bands and groups since I was about five. The first CD I ever recorded I played bass for a death metal album. Growing up I wasn’t heavily into hip hop. I wanted to be Prince for a very long time, that’s what got me learning to play guitar.

Say Hey There: Tell us about how you got into hip hop.

Powell: I was into OutKast. I liked Dr. Dre’s production. I never really understood this lifestyle that they were talking about, but I could vibe to the music. I’ve always been a writer, so it’s easy to put words together.

The record that really got me into hip hop was Biggie’s Life After Death. From the production to the way he could paint a picture really spoke to me. And actually, Jay-Z’s In My Lifetime, Vol. I, which to me is one of the most criminally slept-on albums he ever made because it was very personal. I remember the first time I heard it I was sitting outside my parents’ house. A buddy of mine pulled up and I was getting ready to go to work, and he was like “You gotta listen to this, you gotta listen to this.” I jumped in the car with him and I think we listened to the first three songs back to back before I’m like, “I don’t even want to hear no more, I’m going straight to Mega Mart and buy this myself so I can dissect it.”

I never really understood this lifestyle that they were talking about, but I could vibe to the music.

Say Hey There: What’s the story behind your moniker? 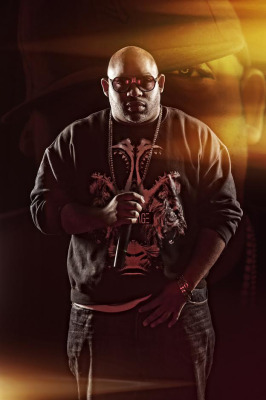 Powell: It was actually just a name that was given to me. This friend who rapped off and on would always talk about how hot my beats were, and he said “I’m just going to call you ‘Flames.’ From now on you’ll know I’m talking to you when I say ‘Flames.'” He wouldn’t even introduce me to people by my real name, and it just stuck.

Say Hey There: You own a studio in town. What made you decide to graduate from a basement studio to renting space and making it its own brick-and-mortar entity?

Powell: It was about taking it to a different level, from an artistic standpoint to a business standpoint. There’s not a lot of respect when you’re dealing with a band and you say, “Hey, come record in my basement.” Some people don’t vibe like that. For me it feels like it gives me attention from a different sort of clientele and forces me to work harder to maintain it. If I had everything just sitting in my basement, I don’t have to go down and touch it every day. It’s more motivational than everything else.

Say Hey There: Are you working on any new projects right now?

Powell: I’m working on my next and potentially last album as Pflames. I want to drop it on my birthday, which is March 3rd of next year.  I’ve always wanted to do a double album, so I’m doing a double album. It’s essentially the good, the bad, and the ugly of my life story, putting everything I ever wanted or needed to say out there and let people do with it what they will. After getting that whole load off, I don’t know what I’m going to have to say.

It’s essentially the good, the bad, and the ugly of my life story, putting everything I ever wanted or needed to say out there and let people do with it what they will.

There’s a lot of pressure in making a great double album. All my favorite records have been double albums, from Prince’s 1999 and Sign ‘☮’ the Times to Biggie’s Life After Death. I’ve always wanted to do one, so I’m just like, fuck it, why not?

I have a lot to say. The last three years out of my life have been the most hectic and chaotic out of all my years on this earth. My last record was The F Word in 2011, but my life has changed dramatically since that happened. A lot of things that took me off my game and focus for a long time. I had a period where everything that could possibly go wrong went horribly wrong. My best friend that I’d been doing music with for 18 years died unexpectedly of a heart attack on the way to the studio to meet me. My house got foreclosed on. Another friend died of complications through leukemia. Me and my wife separated on what would have been our fifth anniversary. It all hit back-to-back. It took me out of my zone for a very long time. Before that I never really had too many hardships, I just kind of coasted by and had fun. Life didn’t get real for me until I turned 33.

Before that I never really had too many hardships, I just kind of coasted by and had fun. Life didn’t get real for me until I turned 33.

A lot of things have made me a different person than I was the last time I put out a piece of music. This is my chance to put it all out there. For those that know me and know my story, this will be me answering questions I never answered in person, and for those that don’t know me, hopefully it will give some insight into who I am and what I do.

Powell: To me, hip hop symbolizes freedom. I don’t think a lot of people utilize it for that anymore, but there aren’t supposed to be any rules. There are not supposed to be any limitations or even trends for that matter. To me, everything is hip hop. It’s a lifestyle, just like being black or white or gay. There shouldn’t be any preconceived notions when it comes to hip hop. It should just be freedom to exist and say what you feel for better or for worse.

There shouldn’t be any preconceived notions when it comes to hip hop. It should just be freedom to exist and say what you feel for better or for worse.

There you have it, cats. Make sure to check out the free downloads on SoundCloud and Bandcamp below, and keep an eye out for new music news.