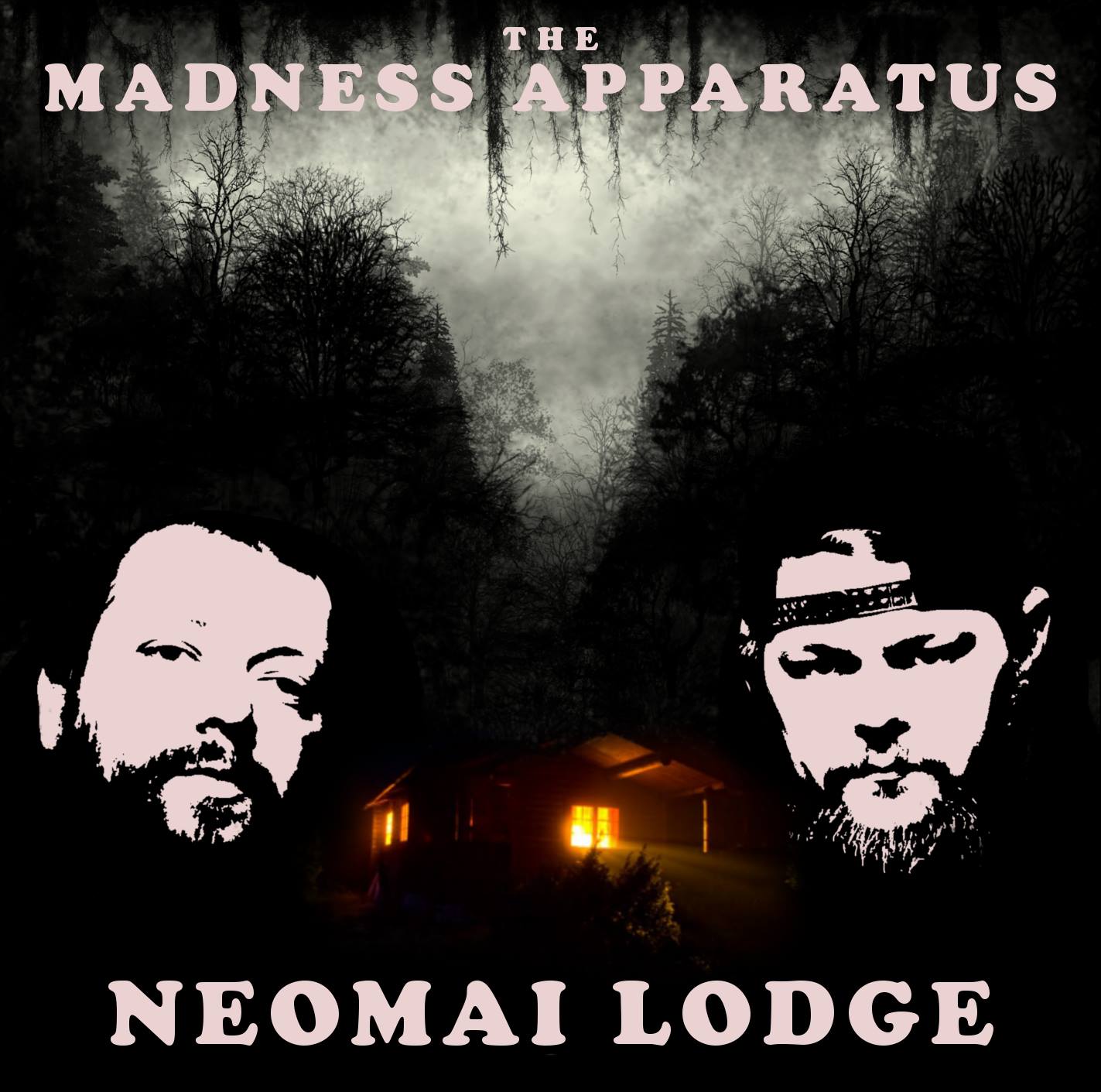 2015 Omaha and Entertainment and Arts Awards Best New Artist and Best Hip Hop/Rap nominee The Madness Apparatus — a collaboration between Pensive (emcee) and Digital Monster (producer) — have dropped their second project, Neomai Lodge. The EP was released March 12th as they opened for B. Dolan of Strange Famous Records at the Alchemy Bar & Grill.

As the group puts it, Neomai Lodge is “a side venture into nostalgia, exploring the subtleties of growing up in the late 80s, early 90s.” And staying true to the collaborative tapestry that was their first album, they have teamed up with several local Omaha artists to provide guest features on the EP, including Joe Reynolds of Pancho and the Contraband, Mike Fantastik, and Thee Lonious Monk.

The duo’s style has developed with this sophomore release and their sound has taken root somewhere between experimental hip hop and electronica rich with reverb and synthesizers with Pensive’s intricate lyrical cadences woven throughout the fabric of each song.

The duo’s style has developed with this sophomore release and their sound has taken root somewhere between experimental hip hop and electronica rich with reverb and synthesizers with Pensive’s intricate lyrical cadences woven throughout the fabric of each song.

As Pensive writes in an essay on the inspiration behind the project:

In the days of yore, nostalgia was considered a medical illness. Sailors would keep remnants of home with them to remind them of the life they left behind to scour the waters. A large number of men would become so depressed, so overwhelmed with the thought of never returning home that they’d jump ship and sink to the bottom of the sea. Minds heavy enough to hold them there with the memories of their families, traditions, wives and children.

The word “neomai” is a greek root of the word nostalgia meaning “to reach some place, escape, return, get home.”

In the early stages of the album we were scheduled to do a Christmas photo shoot with Jimmy Conover. We drove around town all day stopping in thrift shop after thrift shop digging through bins and shelves full of artifacts from a time long passed… 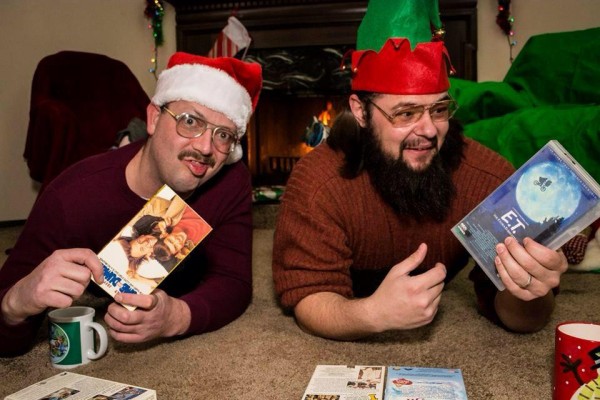 By the time of the photo shoot we were covered in the dust that our adolescence stood on. The sights, the smells, the whole experience brought me back to a different age.

An age where Facebook was answering a phone that hung on the kitchen wall without knowing who was on the other line.

An age where Twitter was passing notes around class under teacher’s big stupid nose.

An age where Instagram was a shoebox full of old pictures and even a Polaroid sprinkled in here and there.

Where we both grew up.

Our idea with the album was to pack as much of that dust into each corner of the album while displaying the evolution, the growth we’ve had since our first release “Prologue.” “Neomai Lodge” is here to resurrect the happy childhood memories. To examine the rapid progression we’re experiencing today and try to have a good chuckle about it all.

One of the EP’s standout songs, “Salisbury Steak,” really highlights the Neomai Lodge sentiment and sends the listener on a nostalgic ride down memory lane, reflecting on those coming-of-age days when we transformed overnight from just being kids and only thinking about what was right in front of us (think Nintendo battles, building forts in the forest, and organizing sleepovers) into adolescents spending our days torn between finding ourselves, making mistakes, and clinging onto the last moments of our youth, fully aware they were slipping away. (Side bar: what IS a salisbury steak?)

The topics The Madness Apparatus chooses to conquer are intriguing. Imagine a dinner party with a mild-mannered conspiracy theorist, American lifestyle philosopher, and a spiritual guru with a penchant for weed, and you might get a feel for the charismatic subject matter you’ll encounter when listening to this music.

One thing’s for certain: The Madness Apparatus has burst onto the scene over the past year between high profile award nominations and opening for national acts like Kottonmouth Kings, Cage, and B. Dolan. Now is the time to listen for yourself. Stream Neomai Lodge below and let us know what you think in the comments!