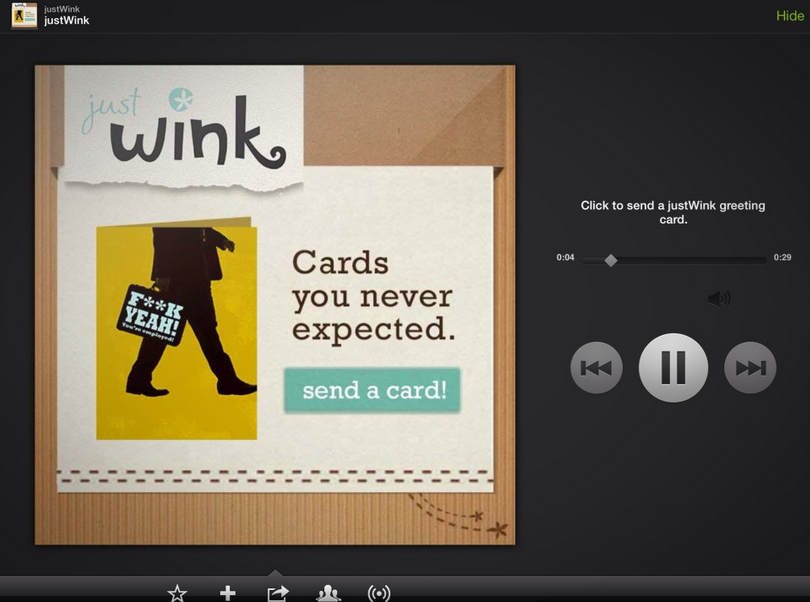 Spotify uses advertising as a way to monetize the free version and encourage users to go pro. I get it.

But we hate it.

We’re not even allowed to mute them without Spotify trickily pausing it until you’re ready to hit the unmute button and resume. At least on YouTube we can mute those Vevo ads.

Perhaps the most annoying part of Spotify advertising is that our music is being interrupted by the same ads over and over and over and over and over again, which begs the question: are these ads actually hurting advertisers more than helping them? These advertisements are a modern day annoyance to any person who loves music, and there is an inherent adverse reaction to them.

For instance, I have no idea what audible.com is other than it is the website that created that God-awful ad with that annoying woman cooing at some puppy or small child. When I hear it, I want to reach through my headphones and bitch slap the company and their voiceover for thinking this ad on repeat would appeal to anyone.

Another example: I used to have a great relationship with Walgreens. I counted myself among their loyal following, even looking forward to their commercials (back when that guy with the deep voice did the voiceovers and they made it seem like to visit a Walgreens store was like finding a trap door to Narnia in the back of your closet). They were nostalgic, played my emotional strings like a puppet, and stood out among the others. Now, I hate them. I hate that guy, the one who tells me that Walgreens is located “on the corner of happy and healthy.” I hate him and I hate his voice.

Spotify, you should really start diversifying your ads before advertisers realize partnering with you is actually hurting them. Advertisers, you may have found a new audience in Spotify, but it’s not the kind of brand recognition you’re looking for.